Holy shit these bars are bitchin!! When Paul took to tricking out his Street Glide he wanted to combine chopper styling and attitude with a unique handlebar that Bagger Nation could truly call its own! Talk about nailing it! Since we introduced the Monkey Bars we’ve seen some guys trying to copy them, but the quality is shit, they made straight corners instead of our sexy arched points. They also have made no consideration for internal wiring where we work the inside of our bars to make your wires go through smooth as possible! There is just no cutting corners when it comes making high quality, great looking Original Monkey Bars! Believe us...You’ll get what you pay for! Our hand crafted, made one at a time Monkey Bars are designed to fit all touring models with bat wing fairings such as Street Glides, Electra Glides and Ultra’s. Nothing will add more attitude to your bagger than a set of Paul’s Original Monkey Bars! Our standard most popular size sits 8", 10", 12”, 14" & 16" tall (installed) 11" wide, 34.5” wide with a 9” pullback with an 1.25” diameter. They are available in both chrome or gloss black powdercoated finishes. Custom heights from 8” thru 18” are available through special order by calling the shop. Each bar is pre-drilled for easier internal wiring. They also work with the new fly-by-wire throttle system found on 2008 and later touring models. 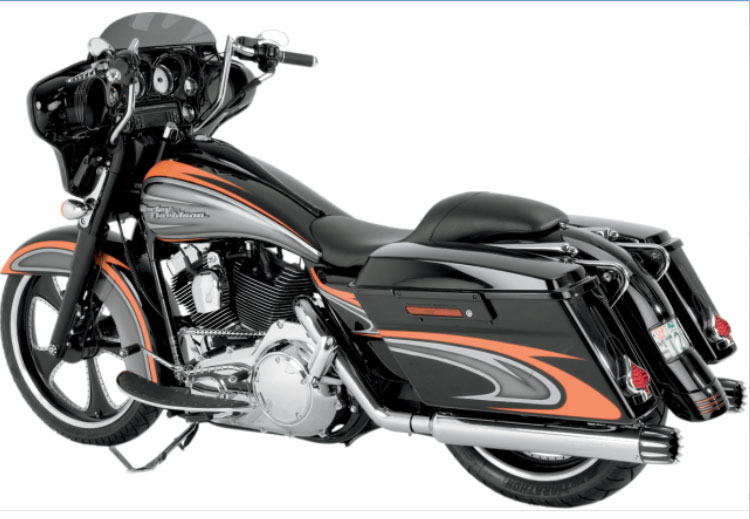 VICTORY MAGNUM WITH TRASK 2 INTO 1